Plugins are the brand new way of extending Magento 2 and, as often happens according to the law of the instrument, if all we have is a hammer, everything looks like a nail.

This article will see the main differences between the good old events and plugins and when it still makes sense to use events instead of plugins to hook our customizations.

The very first difference is that events are soft dependencies while plugins are hard dependencies.

Let me explain. If our observer depends on an event triggered by a module that is disabled, our functionality stops working gracefully. In other words, nothing apparently breaks.

Of course, since our observer is not called, something won’t work as expected, but the platform doesn’t throw an exception, and the storefront navigation won’t be affected.

This behavior makes an event a soft dependency.

Conversely, if a plugin depends on a class that could not be found by the system, a runtime exception will be thrown, revealing to the world that something doesn’t work as expected.

This behavior makes a plugin a hard dependency.

It’s important to know this difference because it can guide us in deciding whether to use an event or a plugin to hook our customizations.

Let’s make a couple of examples; they are trivial, but it’s just to give an idea.

There are some limitations in the scope of applicability of events and plugins that are worth mentioning.

Since Magento 1, we know that we can’t observe an event that is not triggered. It means that if there isn’t any event fired where we could hook our customization, we can’t rely on this mechanism.

There are plenty of useful events triggered by the Magento core but rest assured that we will miss one sooner or later.

Plugins are more flexible: they allow to hook any public method of any class, preferably annotated as @api.

☝ Classes annotated as @api guarantees that their public interface won't change until a major or minor update occurs.
To learn more about it: https://devdocs.magento.com/guides/v2.4/extension-dev-guide/versioning/codebase-changes.html

There are three types of plugins:

I don’t want to explain plugins in more detail; the official documentation covers them exhaustively.

I want to focus on some aspects related to performance.

Both plugins and events affect performance because they increase the call stack but some kinds of plugins take more CPU time.

Let’s see a benchmark that shows the differences between all of them.

☝ I used Blackfire (highly recommended) to profile the execution of an observer and of three plugins; they just add a sleep(1) statement, to force Blackfire to highlight those calls as bottlenecks.

As we can see, around plugins are at least an order of magnitude slower than the others.

The problem is that they are are often misused: if we don’t need to prevent the execution of the original method and subsequent plugins, around plugins don’t give us more power than the other types, just less performance. In this case, better choose a more appropriate and performant kind of plugin.

I know that a few milliseconds (or microseconds) seem a little thing, but let’s consider that there are hundreds of calls to observers and plugins in a vanilla Magento installation, not to mention the ones added by third-party code.

The total time taken by all these executions can have a relevant impact on the overall performance, especially when they are misused.

We’ve seen the main differences between events and plugins, and that plugins are not all of the same kind.

Carefully choosing the right approach when developing with the Magento framework can make a difference in performance.

Let’s keep in mind that events are still first-class citizens for Magento and let’s take them into account next time we need to modify the behavior of our application. 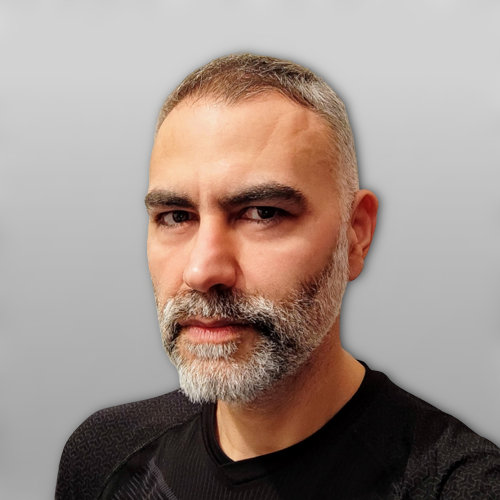 
Alessandro works at Bitbull as an experienced technical leader devoted to software design, development, and mentoring.
Honored three times with the title of Magento Master and listed among the top 50 contributors in the last years, he is also an active Magento Community Maintainer since 2018 and member of the Magento Association content committee since 2020.